SECRET IDENTITY:
Is mercurial and can change form, often appears as a secret agent.

MISSION:
To take in all toxic mercury from coal fired power plants and improperly discarded mercury thermometers and CFL lightbulbs. As a mutant healer he was left with extreme sensitivity to temperatures and works with the GPH’s to gauge the earth’s radically changing climate and temperature.

POWERS:
Is a healer and can take in toxic mercury through his body and transform it. Can travel through any element as long as the temperature does not get extreme as this forces him to change shape unwillingly.  The Fossil Fools cause him to change form fast.

ALLIES:
The outer planets in the solar system often come to his aid with special powers. Is extremely temperamental and can be overly sensitive emotionally. He is often afraid to let people love him and will change shape if someone tries. 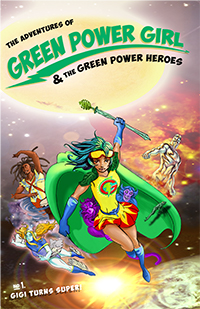